Wilko Graf von Hardenberg is a research scholar at the Max Planck Institute for the History of Science in Berlin. Formerly DAAD Visiting Assistant Professor of Environmental History at UW-Madison, he mainly focuses on socio-political aspects of nature perception and management in modern Europe, digital history and the history of the environmental sciences.

His two most recent research project focus respectively on the history of nature conservation, management, and rhetoric in the Alps and on the development of the concept of the mean sea level in both geodesy and the climate sciences. 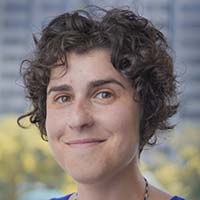 Alexandra Lakind is a qualitative researcher, artist, and educator working on a range of projects related to care and kin. They are currently a Leading Edge Fellow with the American Council of Learned Societies and Co-Editor of the BECOMING Series, producing publications and events that creatively investigate the diverse reciprocal relationships between humans and the more-than-human world.

Alexandra completed a PhD from the University of Wisconsin–Madison and worked as a visiting scholar in the Low Carbon Research Methods Group at Trent University and in the Reproductive Sociology Research Group at the University of Cambridge. Their current research looks at how children, both real and imagined, are positioned in the political project of addressing climate change and how social actions around climate change affect ideas about children.

Nancy spent 17 years at the University of Wisconsin-Madison in the Nelson Institute of Environmental Studies and the Department of Forest and Wildlife Ecology. She started at Michigan Tech University in 2013.

Anne McClintock is a professor in the Program on Gender and Women’s Studies at Princeton University. The former Simone de Beauvoir Professor of English and Gender Studies at the University of Wisconsin-Madison, she recently published a series of journalistic photo-essays on the BP oil catastrophe in the Gulf in Truthout and Counterpunch, and on the melting of Greenland in Guernica.

Rob Nixon is the Thomas A. and Currie C. Barron Family Professor in Humanities and the Environment at Princeton University. The former Rachel Carson Professor of English at the University of Wisconsin, Madison, he is the author of Slow Violence and the Environmentalism of the Poor (Harvard University Press, 2011). Professor Nixon has been the recipient of a Guggenheim, a Fulbright, a MacArthur Foundation Peace and Security Fellowship, and an NEH.

Germán Palacio is a lawyer and holds a MSc in legal institutions from UW-Madison and a PhD in history from Florida International University. He is a professor at the National University of Colombia, where he leads a research group called History, Environment and Politics.

He was a professor at Universidad de Guadalajara from 1985-87 and is a former Colciencias advisor in the Environmental Area. He has received scholarships from the Interamerican Foundation, Twentieth Century Trust, CNPq-Brasil, and was a Fulbright Visiting Researcher. He is the founder of SOLCHA, Latin American Environmental History Association and serves on the editorial board of Colombia Amazónica and Mundo Amazónico.

He is connected to the Nelson Institute for Environmental Studies, Law School, and the Latin American, Caribbean and Iberian Studies Program at UW-Madison.

Lisa Ruth Rand is a postdoctoral fellow in residence and program coordinator at the Consortium for History of Science, Technology, and Medicine. She is a former Mellon Postdoctoral Fellow at the Center for the Humanities at UW-Madison.

Her research explores transnational intersections of the histories of science, technology, and the environment during the Cold War, particularly extreme and global environments and post-Earth futurism. She is currently working on her first book, about space junk and the environmental history of the nearest regions of outer space.

Kristoffer Whitney is an assistant professor in history and sociology of Science at the Department of Science, Technology, and Society at Rochester Institute of Technology. A former postdoctoral fellow in the Holtz Center for Science and Technology Studies at UW-Madison, his research explores an environmental controversy on the U.S. East Coast over the effects of fishery quotas on migratory wildlife like shorebirds, as a lens unto the complex historical and contemporary relationships between environmental science and policy. 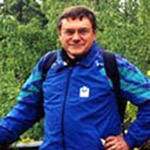 Arne Alanan is a professor emeritus of landscape architecture whose primary interests are in landscape history and historic preservation. During his academic career he was heavily involved in documenting cultural landscapes for the National Park Service in Michigan, Wisconsin, and Alaska.

He is co-editor of Preserving Cultural Landscapes in America (2000); and author of Morgan Park: Duluth, U.S. Steel, and the Forging of a Company Town (2007). Another of his volumes, Main Street Ready-Made: The New Deal Community of Greendale, Wisconsin (1987), was republished by the Wisconsin Historical Society Press in 2012 to mark the 75th anniversary of the settlement. 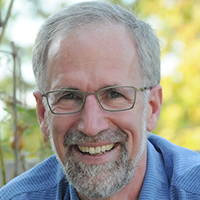 William Cronon was the Frederick Jackson Turner and Vilas Research Professor of History, Geography, and Environmental Studies before retiring at the end of 2020. A founding Faculty Associate and former Faculty Director of CHE, his research seeks to understand the history of human interactions with the natural world: how we depend on the ecosystems around us to sustain our material lives, how we modify the landscapes in which we live and work, and how our ideas of nature shape our relationships with the world around us. He is currently working on a major new book, “The Making of the American Landscape,” based on a lecture course of the same title that he developed at UW-Madison. 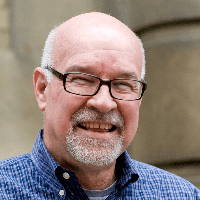 Jess Gilbert is a professor emeritus in the Department of Community and Environmental Sociology and was part of the Land Tenure Center. Current research projects include work with African-American farmers and landowners, and a study of policy intellectuals and grass-roots land-use planning during the New Deal. 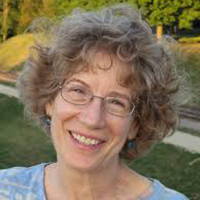 Lynn Keller was Bradshaw Knight Professor of the Environmental Humanities and director of CHE from August 2016 to August 2019. She is the Martha Meier Renk Bascom Professor of Poetry Emerita in the English department. She specializes in contemporary North American poetry and is the author of:

She co-edits the Contemporary North American Poetry Series of scholarly books from the University of Iowa Press. Her current project concerns recent ecopoetic explorations of botanical life and its significance in the Anthropocene. 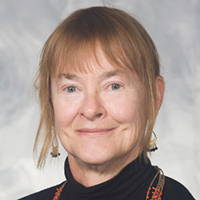 Cathy Middlecamp is a professor emerita in the Nelson Institute, the former director for education and research of the Office of Sustainability, and an affiliate of the chemistry department. Her interests lie at the intersection of science, people, and the planet. In the Nelson Institute, for many years she taught “Principles of Environmental Science” (ENV ST/ILS 126), a course that focuses on issues energy, food, and waste on campus and is part of the undergraduate sustainability certificate.

Nationally, Middlecamp is a Fellow of the American Chemical Society (ACS), the American Association for the Advancement of Science (AAAS), and the Association of Women in Science (AWIS). In addition, she has chaired the ACS Division of Chemical Education and the AAAS Section Q (education). In retirement, she is working with a team in California to produce a high school text for students to learn chemistry in the context of climate change. 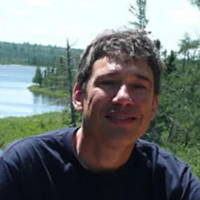 Ken Raffa is a professor emeritus of entomology and the Beers-Bascom Professor in Conservation. He conducts research, teaches, and provides policy advice on forest insects. He is interested in how ecological systems function, developing methods for sustainable management of natural resources, and pest responses to anthropogenic changes.