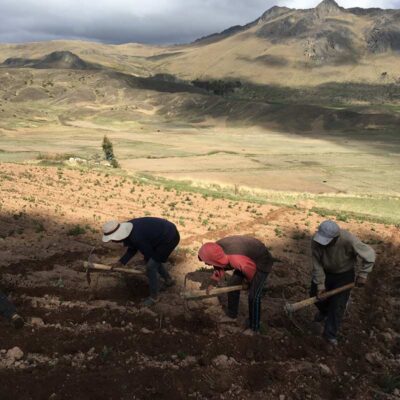 The signing of the North American Free Trade Agreement (NAFTA) in 1994 included a major expansion of imports of U.S. grain and cotton crops grown from genetically modified (GM) seeds. Since the early 2000s, about 90 percent of all corn, soybeans, and cotton produced in the U.S. have been GM, with imports of those products all flowing into Mexican supply chains. Meanwhile, the Mexican government has largely rejected domestic production of GM crops.

Our talk provides a comparative political history of the U.S. and Mexican policy approaches to GM technology, using case studies of grains and milk in the U.S., and corn in Mexico. We complement these comparisons with a 2021 nationally representative survey of consumer attitudes toward GM crops in Mexico. Our goal is to provide a nuanced understanding of this evolving mismatch between trade and technology policy in Mexico, and what it tells us about consumer attitudes, markets for GM products, and national political discourses.