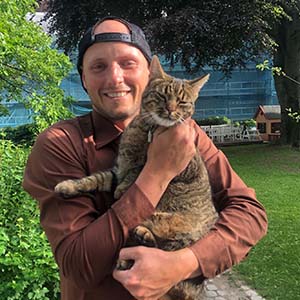 Capitalism and industrialism have been systematically consuming the planet, working to assimilate and homogenize human and nonhumans into their networks of production and consumption. This has had exterminating consequences, taking a serious toll on human and biological diversity, triggering widespread socio-ecological crisis, climate catastrophe, and is making a sixth extinction an imminent possibility.

John Clark consequently has argued that the “Necrocene” is far more accurate than the Anthropocene to describe this geological epoch. The harsh realities of technological capitalism raise the conceptual relevance of genocide and ecocide in research. Why are researchers systematically underestimating the progressive and “slow” cumulative impact of capitalism, industrialization, and technological development?

This lecture focuses on bridging this gap by exploring colonial/critical genocide studies in relationship to political ecology, anthropology, and human geography. Discussing critical genocide studies in relationship to fieldwork, this webinar unpacks the particular relevance of the “genocide-ecocide nexus” to political ecology, but also the difficult dilemmas faced when substantiating the claims of research participants on the ground. This includes discussing how critical genocide studies became relevant from fieldwork, the experience with applying these terms, their relevance, and fault lines in understanding megaproject contestations through the lens of the genocide-ecocide nexus.